The Title of The Art Piece was Highlands "By Colin Vail", the reason I named it this was because of its mountain looking theme and a large sky.

Subject Matter
This print represents a nice day outside with Mountains, clouds.

Symbolism
Throughout the image a mix of soft corners and then another half sharper corners to create a nice mix of both. The image reminds me the most of where I live and the environment around me. The imagery I chose was Mountains with a giant sky above it. The colors in the Picture were Yellow, Orange, (a gold color) and, Red, To represent a sunset look in the image. This represents the print because of the let's say view you would see up in the mountains would look the nicest with a sunset look, sunset colors being gold, red, etc.

Design Process
I chose this composition in order to have nice matching colors and for the shapes to be an even amount of sharp and soft surfaces and the composition. A choice I made was what I should actually carve out and what I should keep on the surface, for example, I had trees once in the image but they eventually got carved away from a design flaw. I created the composition by making different layers of lines when carving also the colors were a good part. A technique I used was I made lines in the skies that weren't exactly even therefor it would give this cool cloudy sky design.

​English
​Your Mountains sit there waiting, until Today. Today is your Day, Your Mountains are waiting, Your goal is to reach the Top. After you reach the top the sunset lies there waiting. Your next goal, with each sunrise, starts a new. Sunsets say that good things happen in goodbyes. Sometimes you gotta say goodbye to yesterday and say hello to Today. 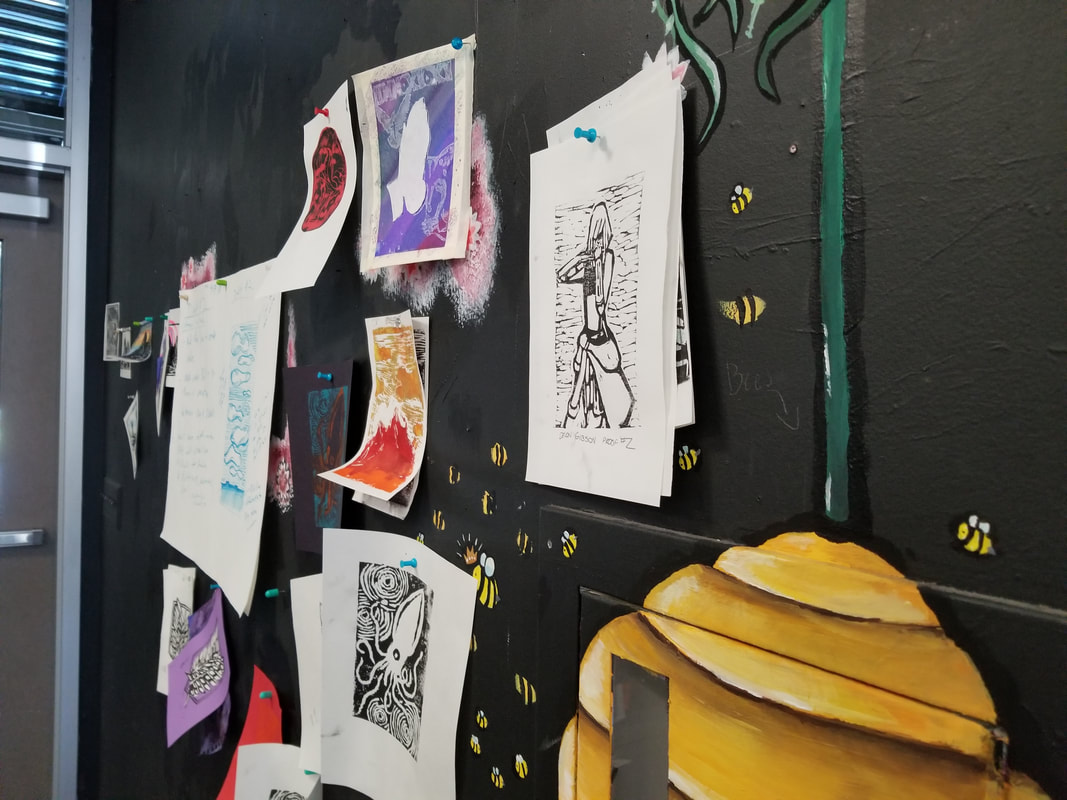